“Future urban street life shall be formed by people not walls! This was the morale when Forenede Fasaner by artist duo J&K put everyday life on hold in a utopian split second and showed the social potential behind the structures that both define and separate us” (from review of parade by Kunsten.nu)

For the community project Forenede Fasaner J&K invited diverse communities around the multicultural working class area of Nordre Fasanvej to co-create a performance project in the form of a street parade along and around Nordre Fasanvej on June 18th 2016. Nordre Fasanvej is a road that is perceived as a traffic way with little commercial, cultural or social activity, yet behind the facades life is brimming in the most varied ways. Based on a half year process of research in the area and encounters with a large number of local communities, J&K’s focus was to bring the rich and multi-faceted but largely hidden cultural life in the area onto the street and to mix-match otherwise separate cultural expressions into a fantastical living collage. 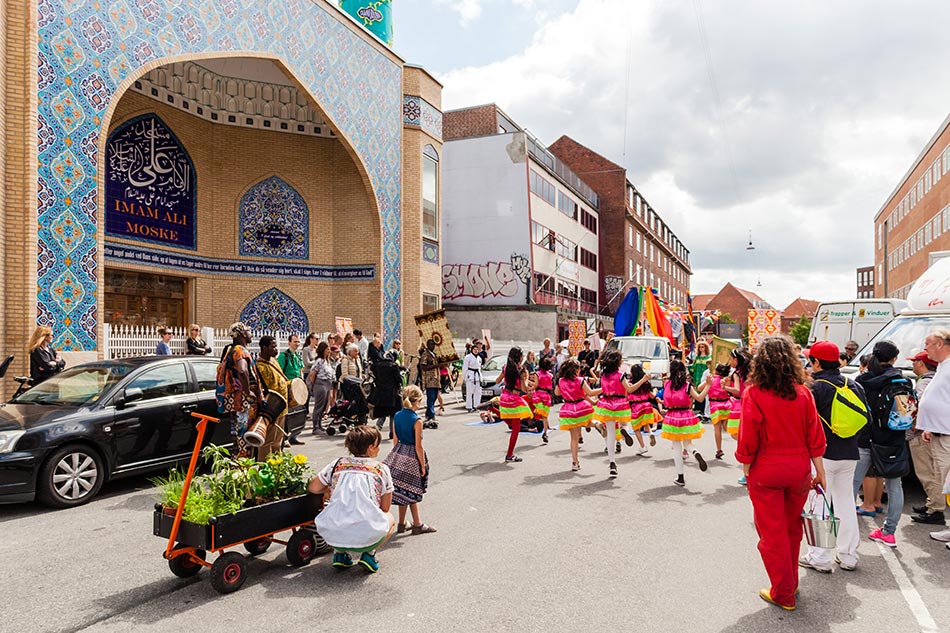 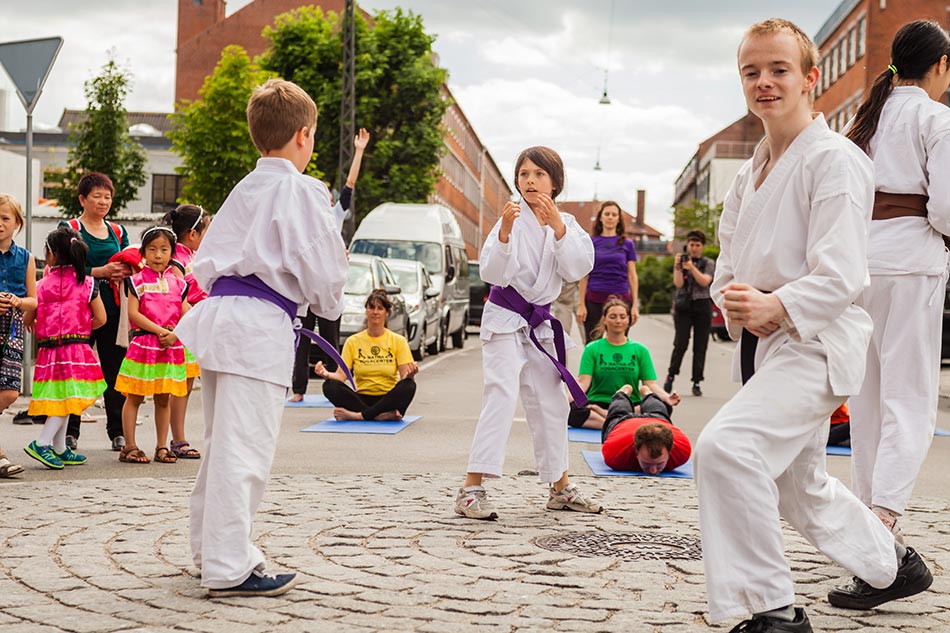 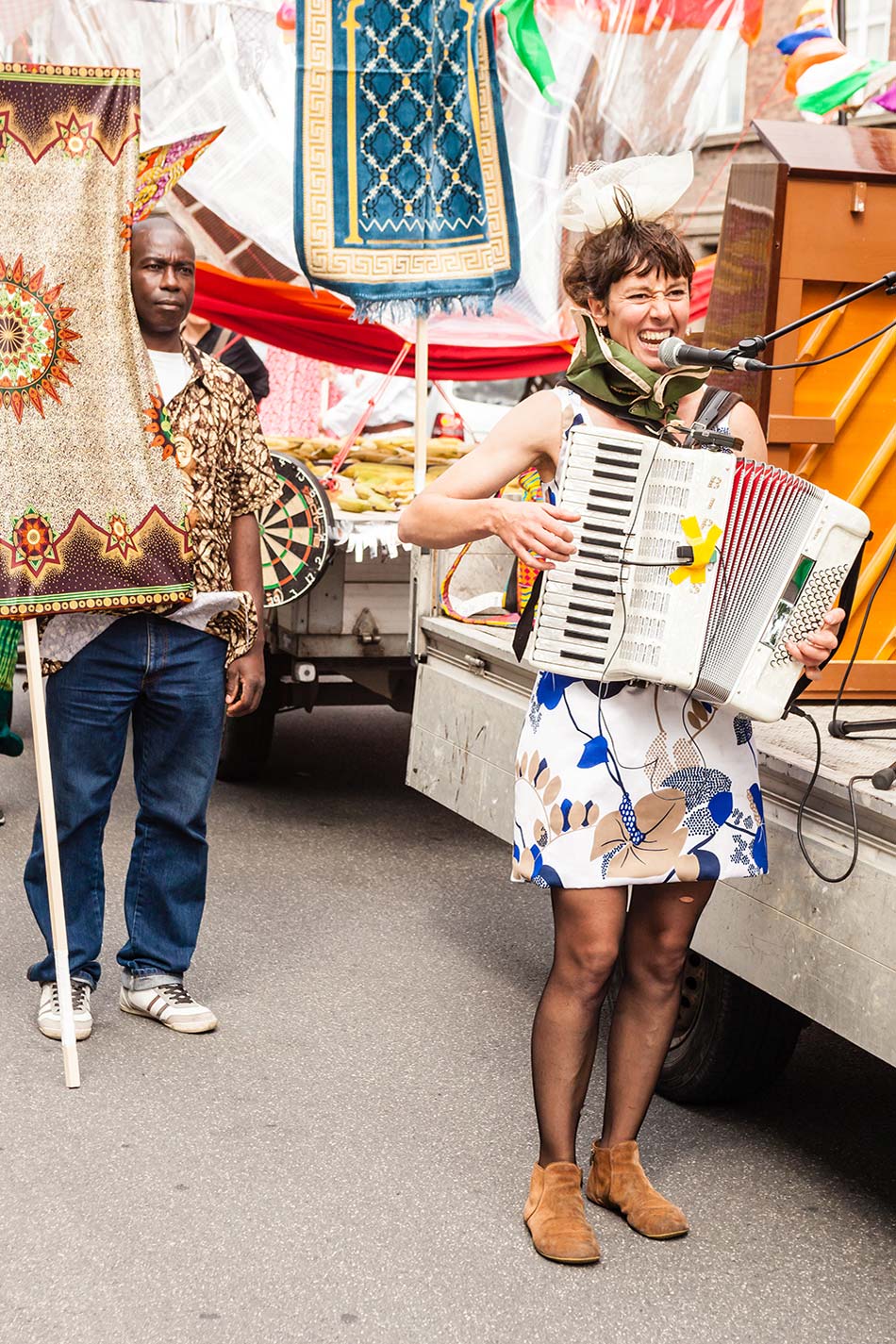 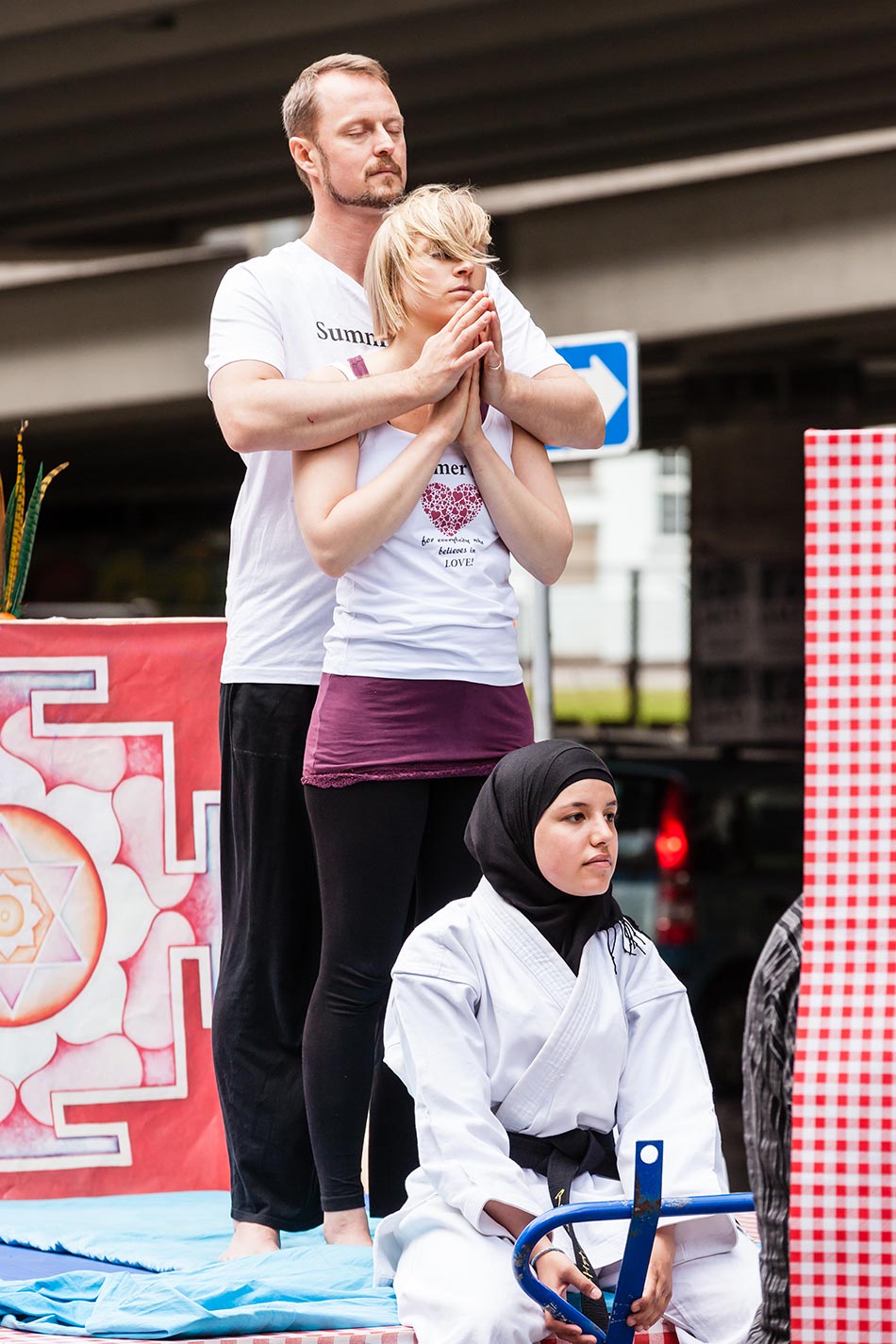 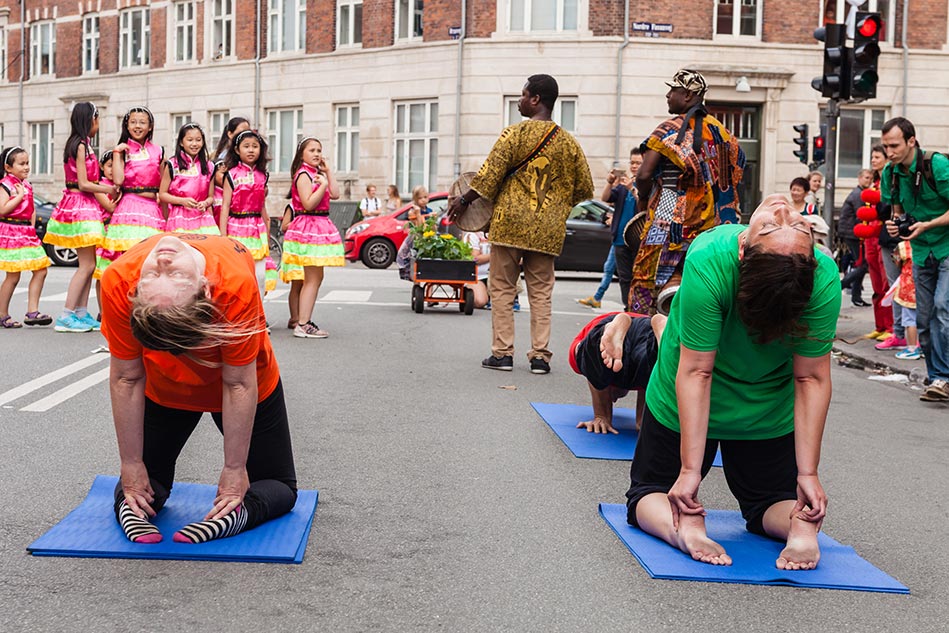 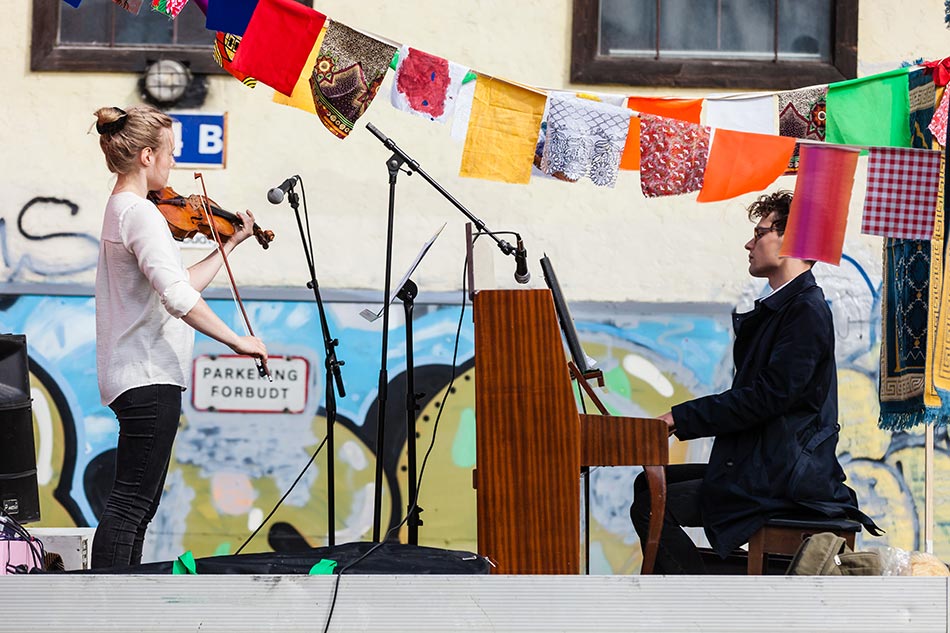 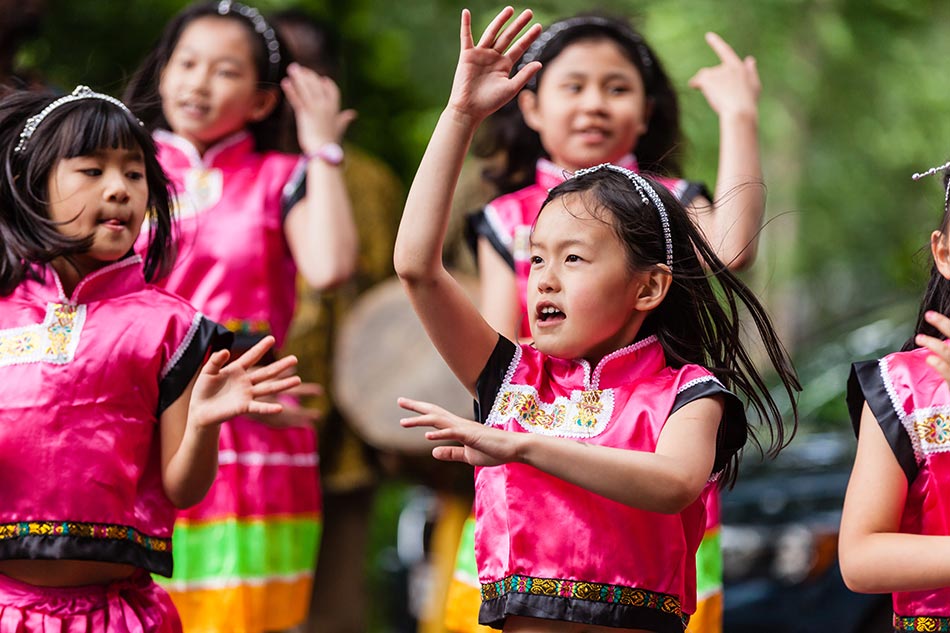 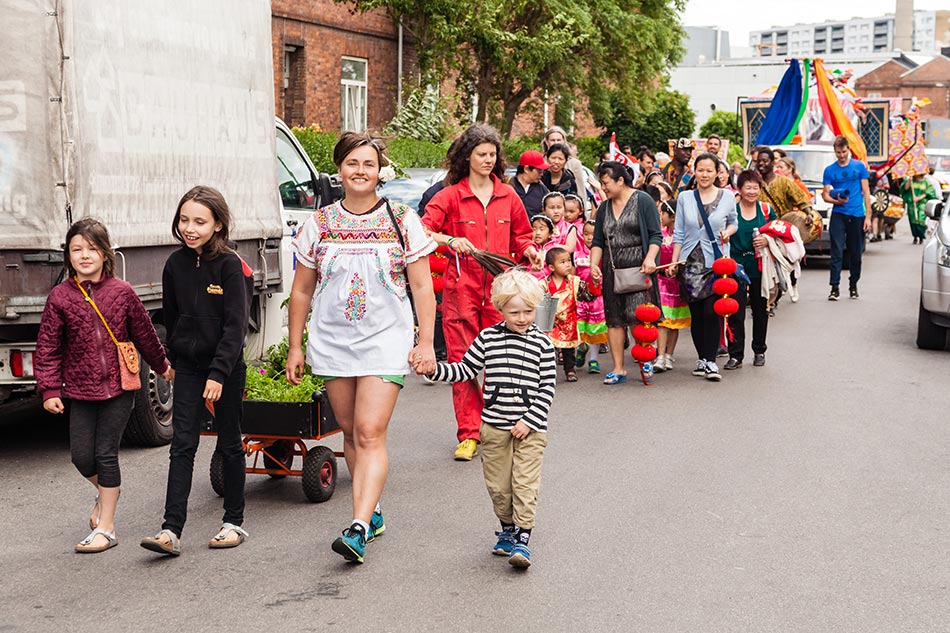 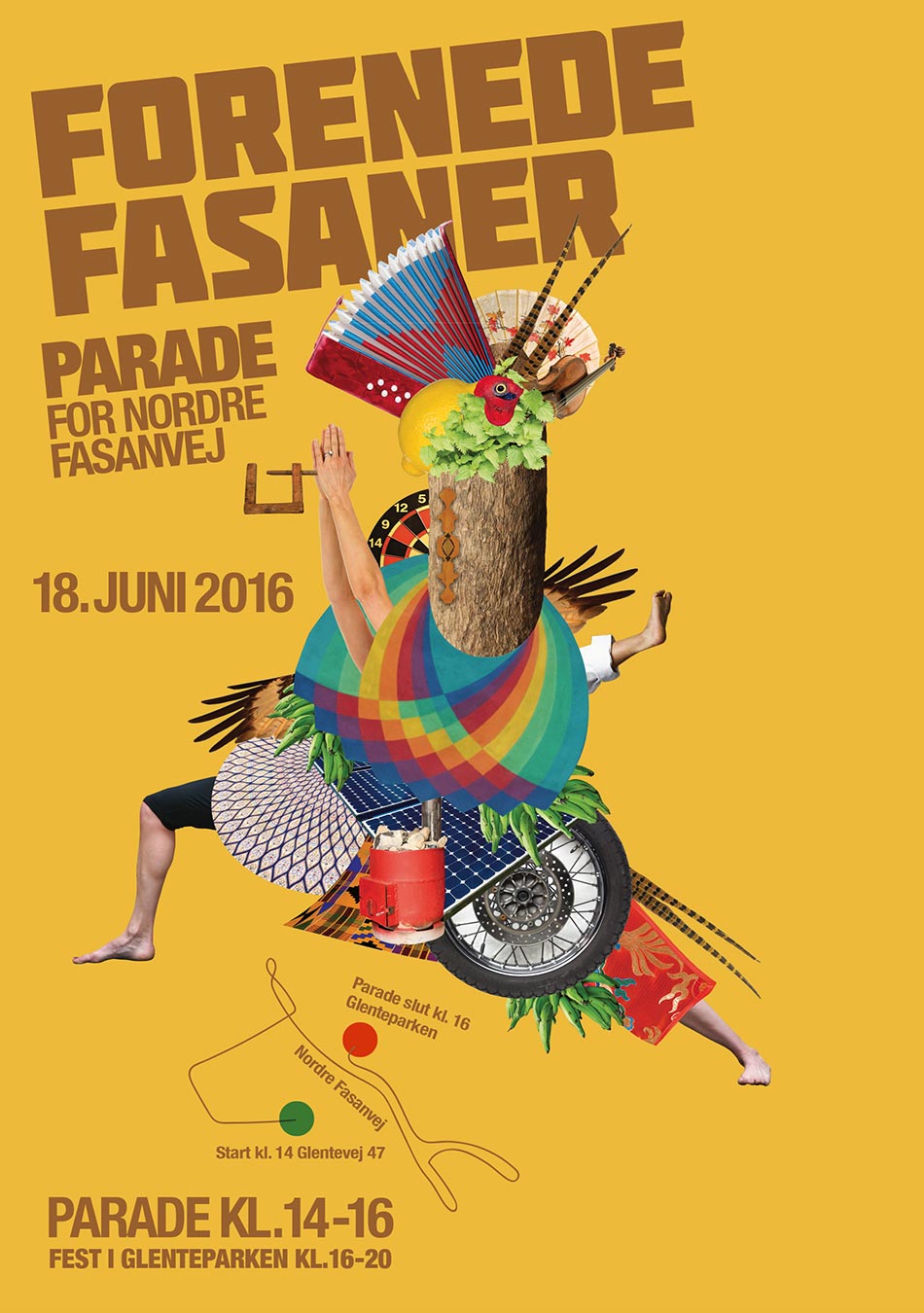 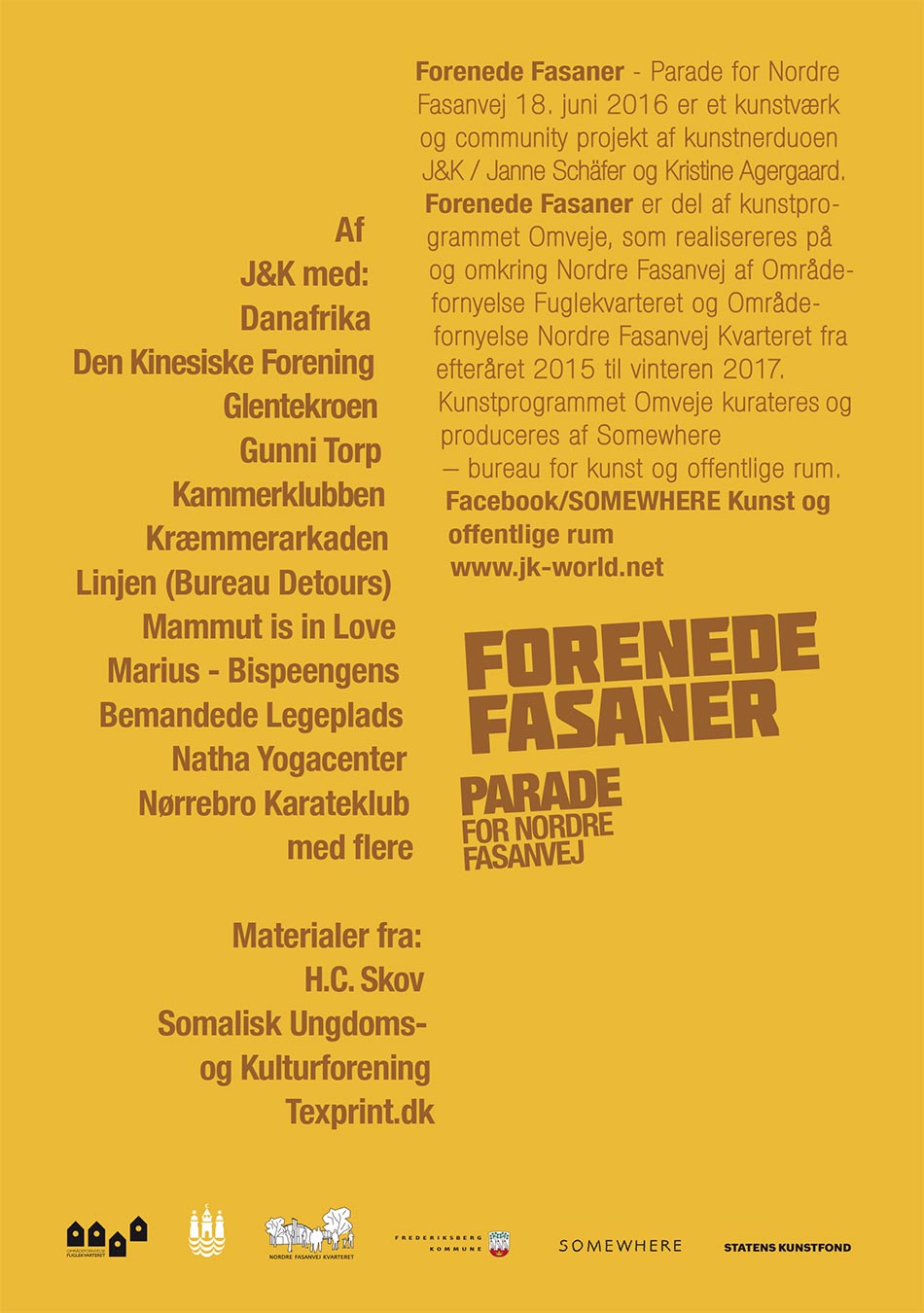