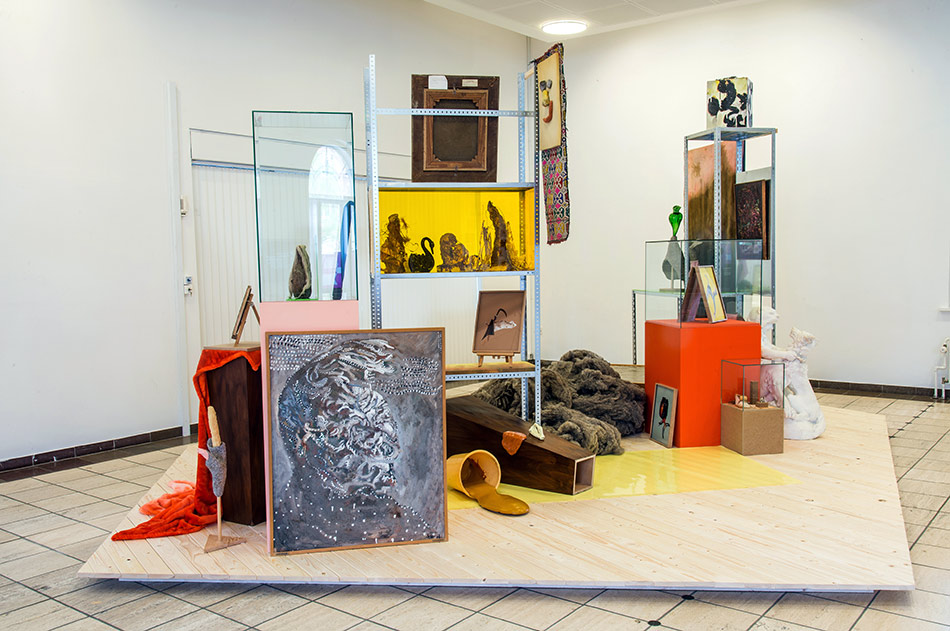 J&K’s solo presentation Museum of O.O.O.* at KUNSTEN consists of selected works from KUNSTEN’s collection, a variety of new pieces by J&K and various found objects, all staged into a dense and humorous total composition. In the accompanying publication – which functions as The Inventory of Museum of O.O.O. – the total of 99 selected objects have been renamed and assigned character trades by J&K. In the installation the objects, that are now freed from their previously fixed identities, begin to form a new society of object-beings. *[objecting outcast objects]

” During one of our ventures to the periphery of the human realm we have encountered life forms which, to this date, humankind has labeled merely as “objects”, identified entirely as inert and oblivious phenomena. Remarkably, we have now registered clear signs of consciousness and collective awareness expressed in various forms of visionary social practices amongst these beings. Appearing in colonies, camps, gangs and tribes they are rebelling against the man-made anthropocentric world order with its subject-object division and systematising of everything in categories such as trash, commodity, and art.

Several indications point towards a current preoccupation with the formation of subversive parallel societies in highly innovative ways. These life forms are protesting! They will no longer accept their designated objecthood and their banishment from the realm of the living! Only being content with complete emancipation, they now identify themselves as non-conformists, drop-outs and free-spirited visionaries of a new world order in which they will no longer sit still. It seems like they are working on a greater plan… “

The accompanying publication also contains the new text work Transgenesis, Case Log v. 2.1 by writer and critic Pablo Larios, in which some of J&K’s objects-beings feature in a report told by a defect drone in the far future beyond human and material existence. The book is distributed by Antipyrine. 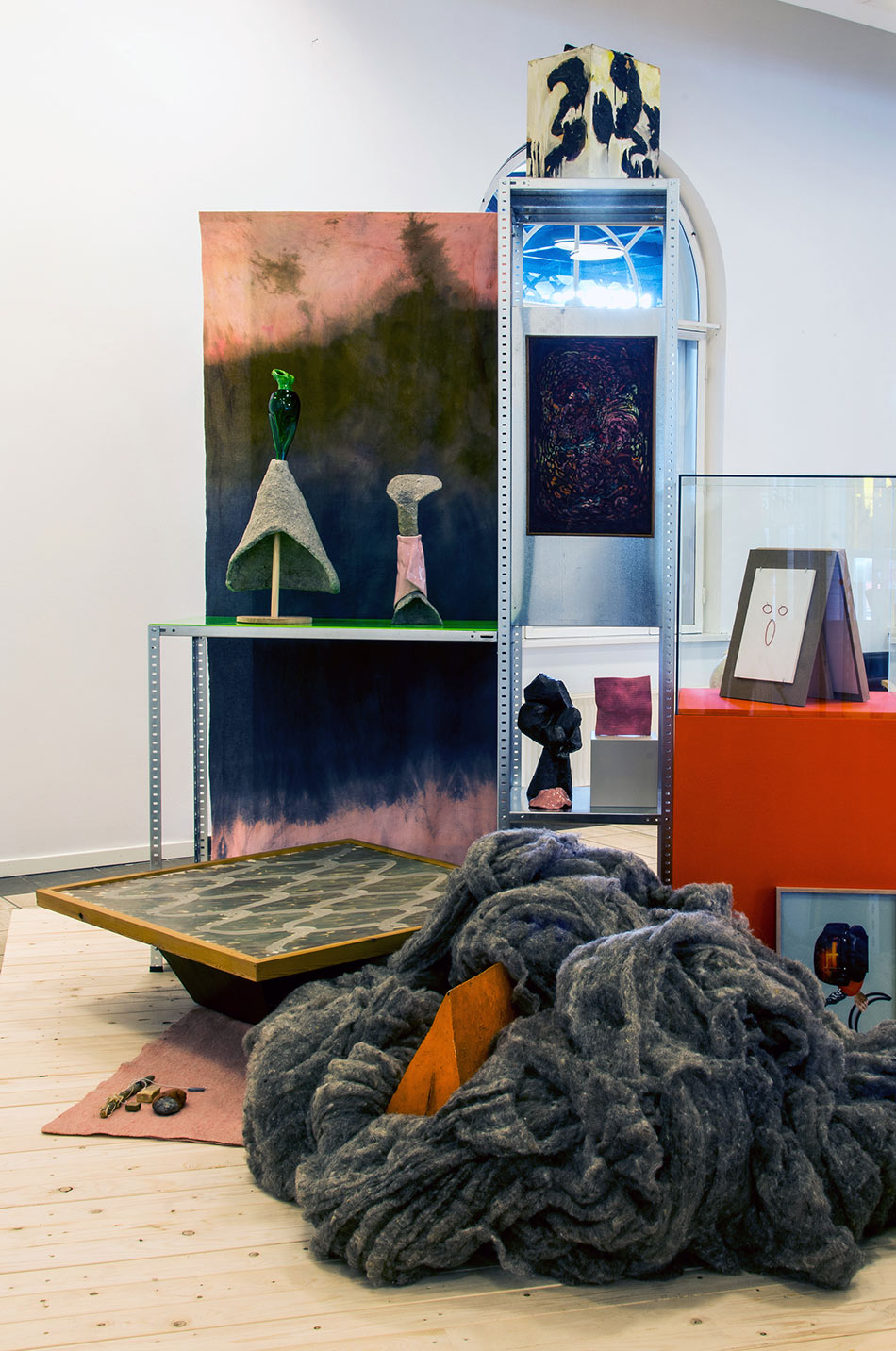 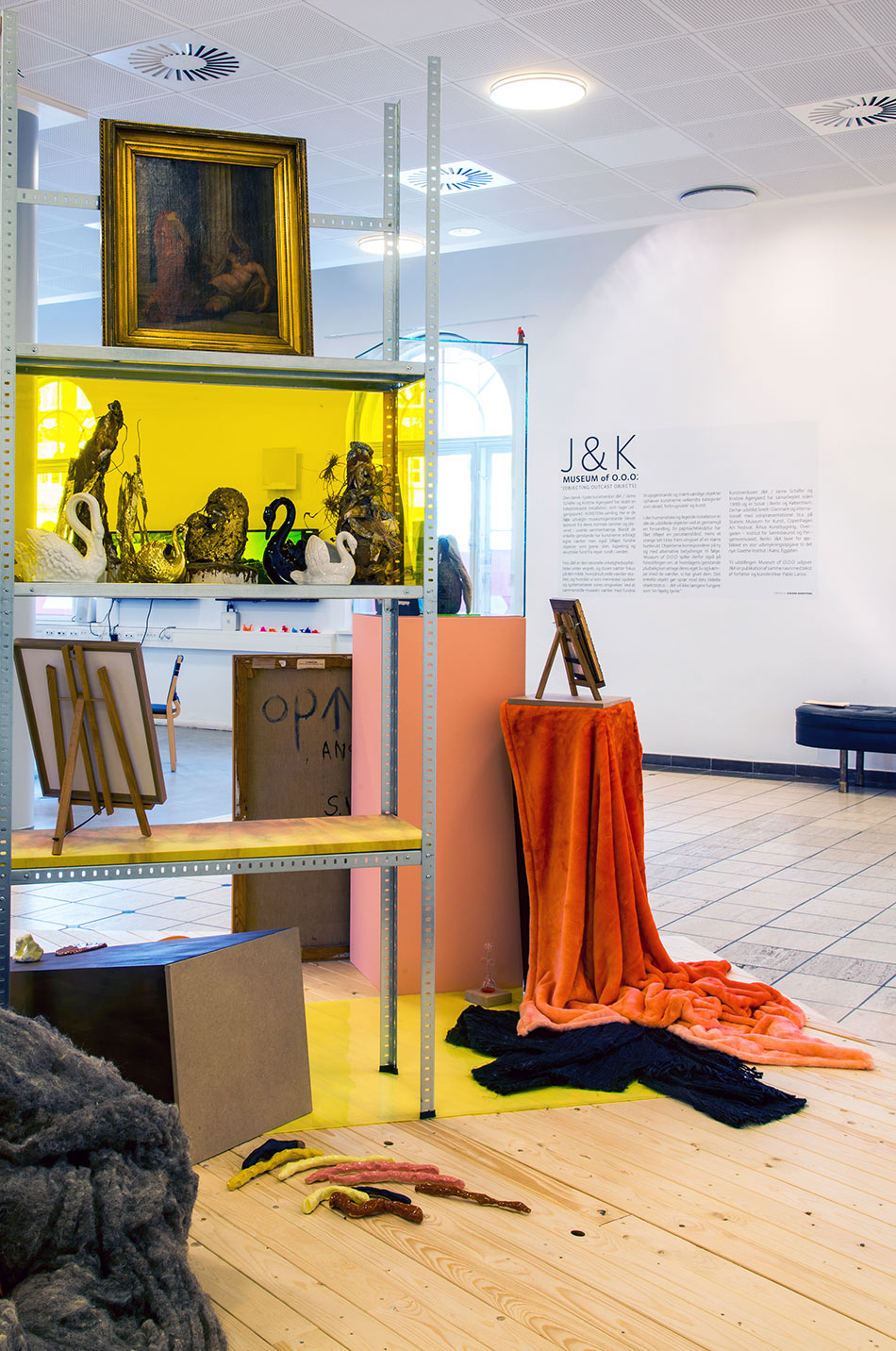 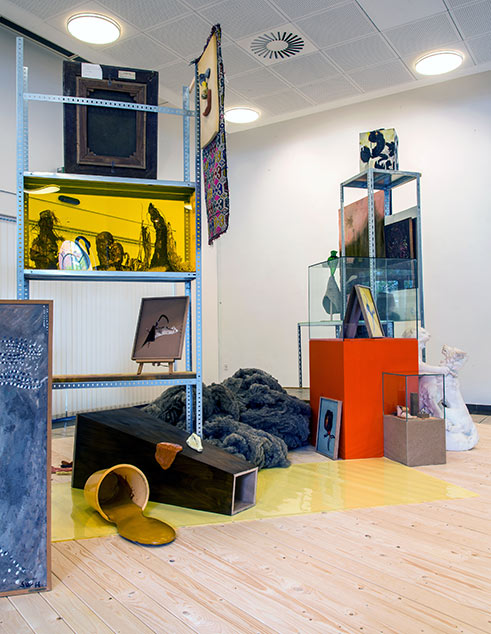 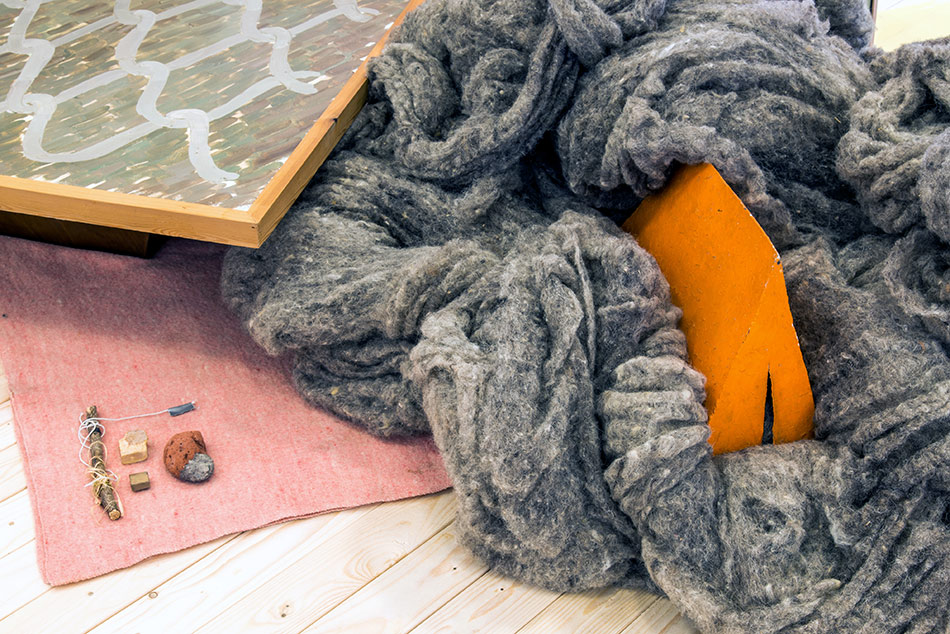