J&K / Janne Schäfer and Kristine Agergaard
The Babylon Case – a time capsule for our civilization
Sculpture, mixed media, 77x77x77x77x77x77x91cm
Site-specifically developed for the collection of Mesopotamian Art at Pergamonmuseum Berlin
2008 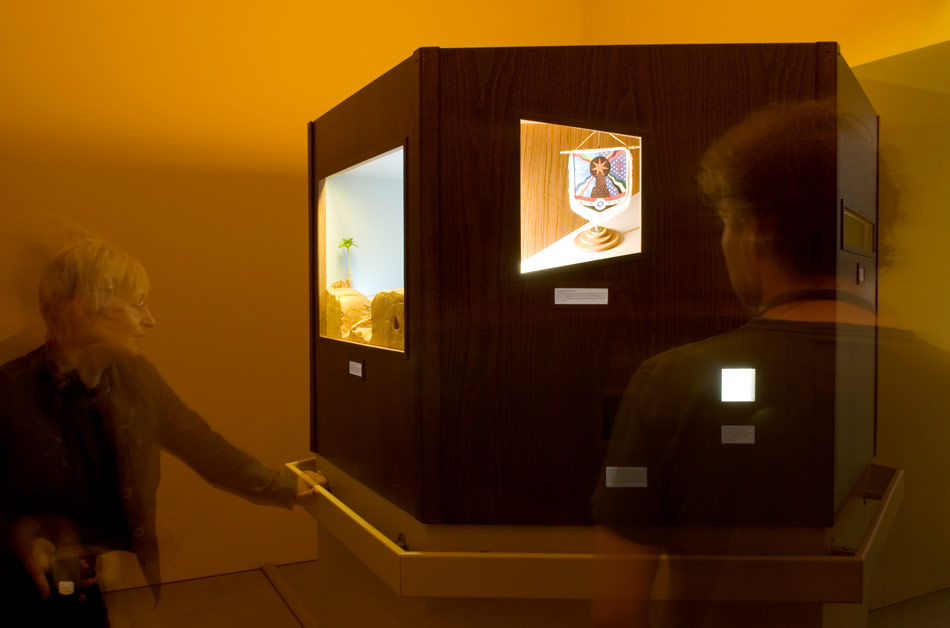 At the dawn of the earliest of civilizations, an intricate prophecy was engraved in a tablet of clay by an unknown hand. The inscription predicted that the legacy of Babylon would irrefutably preordain our current era. Meanwhile, through unexplained routes, an enigmatic museum capsule from a future age has found its way to our time. The seemingly reticent wooden exterior of the hexagon-shaped capsule reveals a number of apertures through which an expansive, manifold tableau can be glimpsed. Together, these different compartments display key relics from past, present and future time that reflect the time span from the original Babylonian genesis to its decline in the future. This extended period is in itself proclaimed to be intrinsically Babylonian. The Babylonian cabinet of curiosities allows us to view our culture from the outside, grasping its essence with a clarity previously unattainable. The alarming question is thus raised; can any form of new civilization be imagined beyond the present and underlying cultural chassis of Babylon? (excerpt from press text by C. Gravesen)

The work was produced with curatorial support from Cecilie Gravesen. It was specifically develop and first shown as an intervention into the exhibition Babylon – Truth and Myth at Pergamonmuseum Berlin in 2008. It was also included in the group exhibition Museumsbauhütte at Museum der Dinge, Berlin in 2008/2009.

A publication accompanying the project is available with essays by Cecilie N. Gravesen, Michael Fehr and Nicholas Mirzoeff, designed by Åbäke. 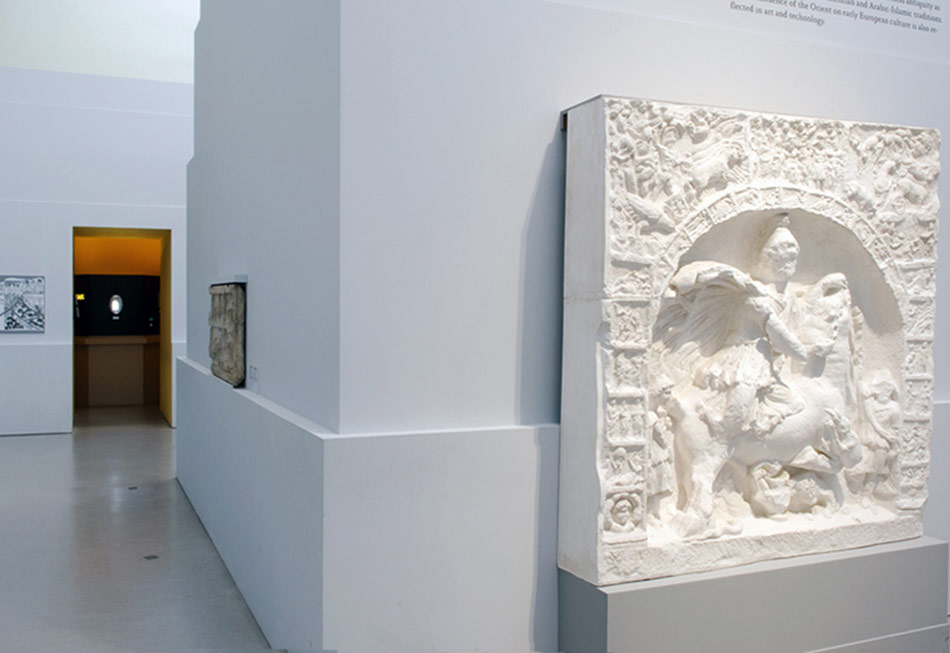 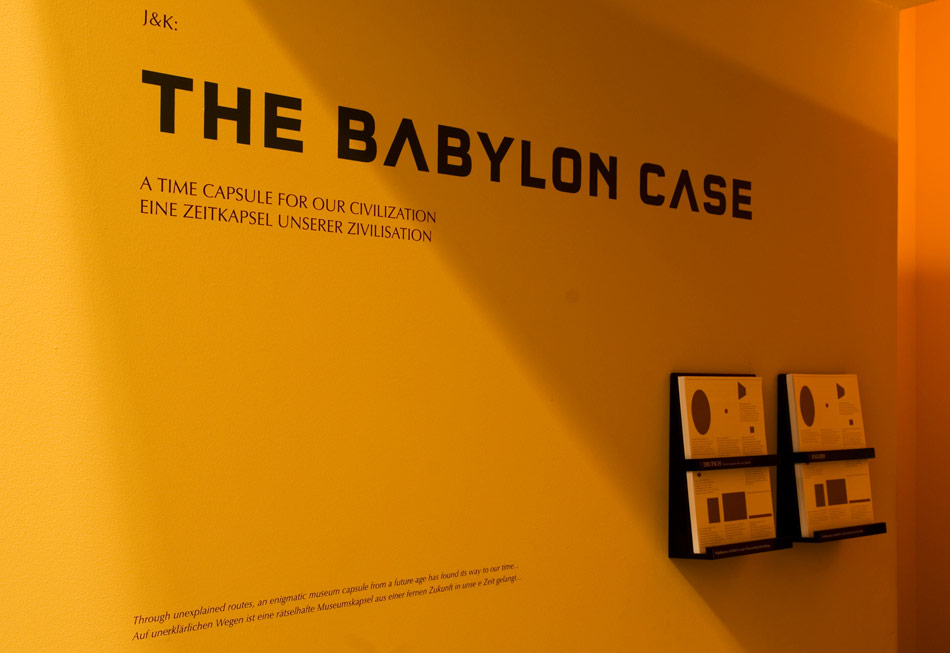 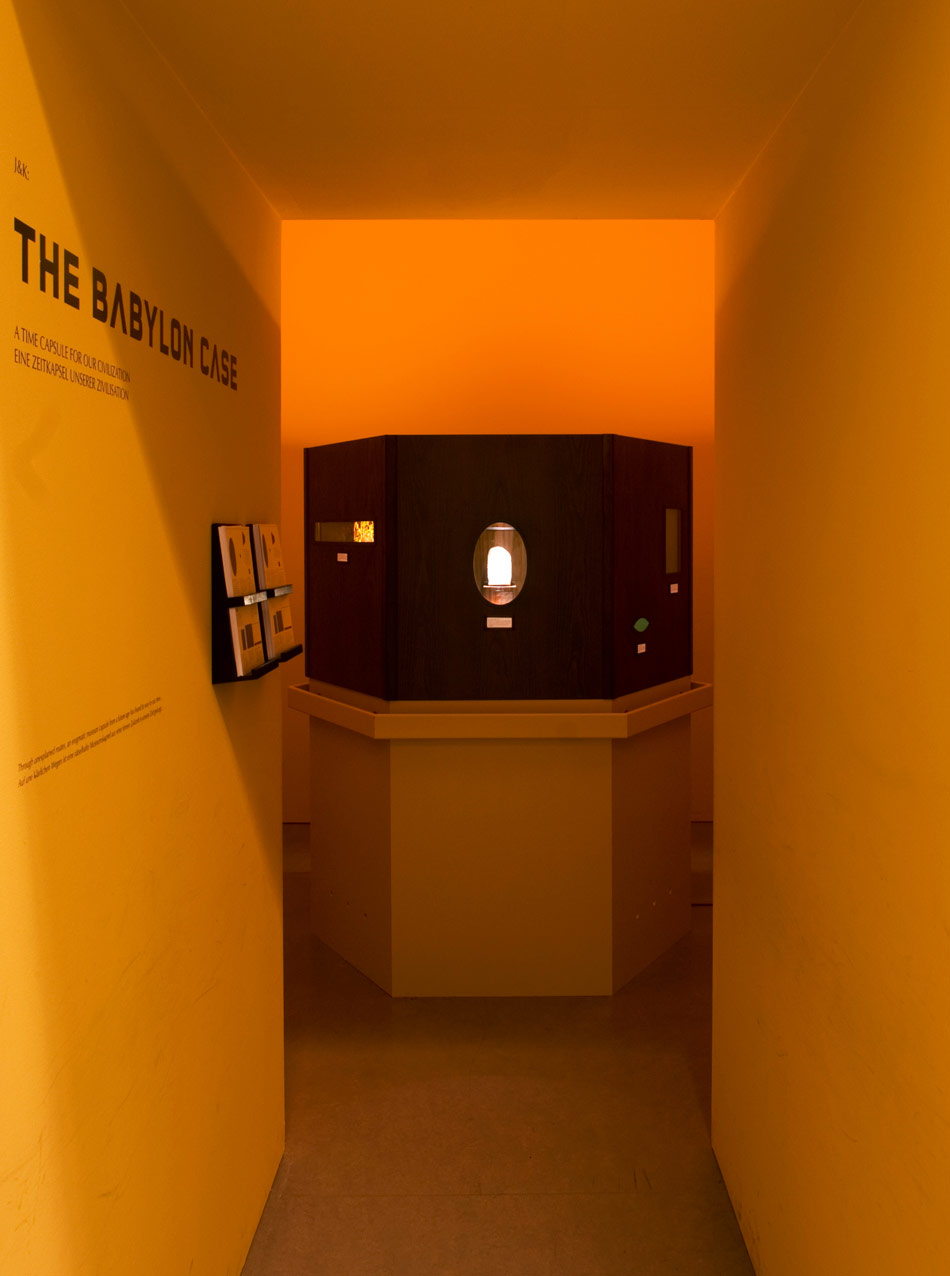 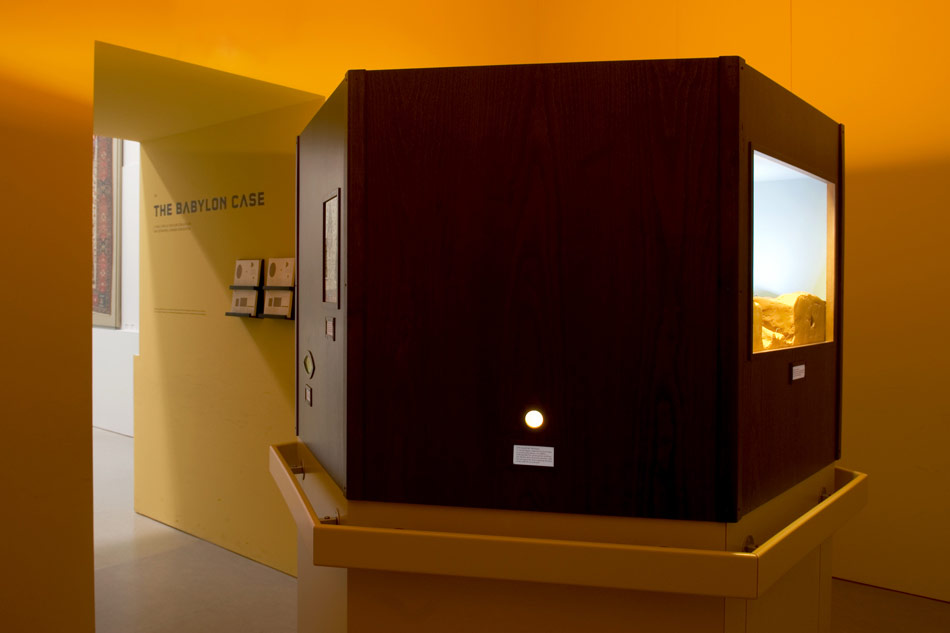 When the earliest signs of civilization began to take form, a prophecy predicted that as long as the era prevailed, humankind would be entangled in an intrinsically Babylonian condition. 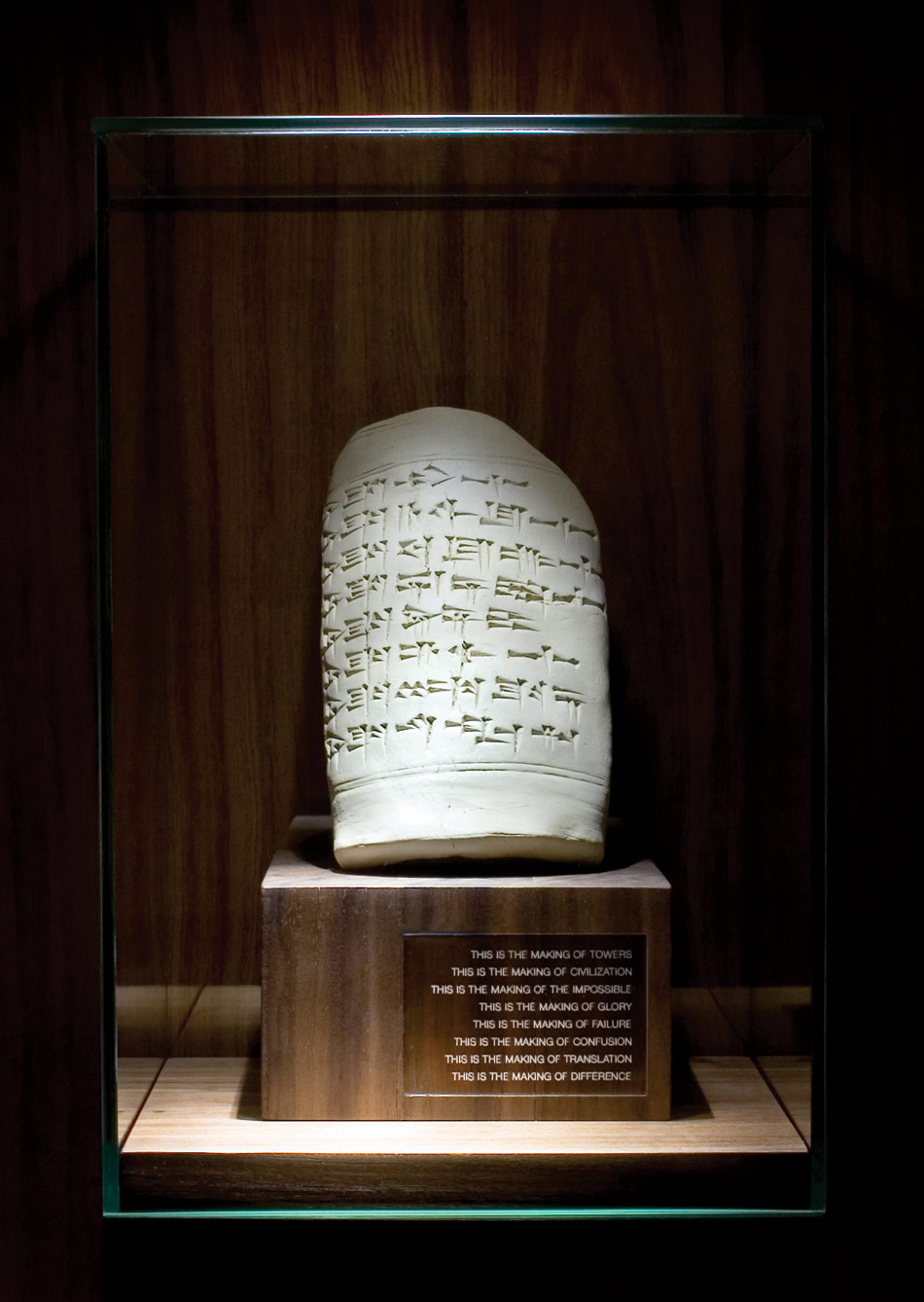 As recounted in the only surviving copy of The Holy Book, human tribes and their God battled over matters of power and identity. 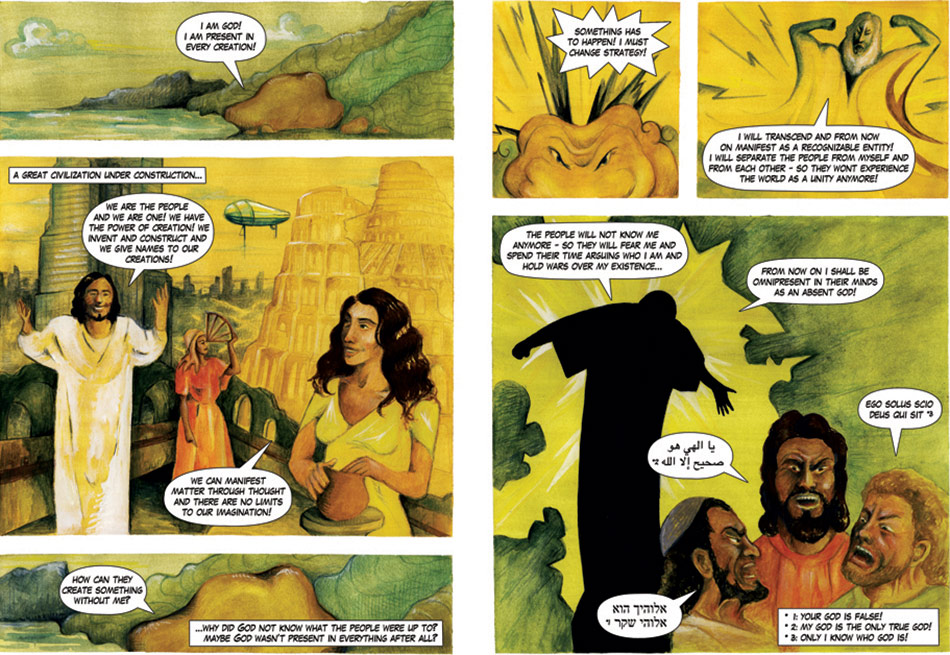 3. The Impossibility of Completion

The movement between construction and deconstruction was one of the driving impulses behind this civilization, symbolized most evidently through the rise and fall of towers. 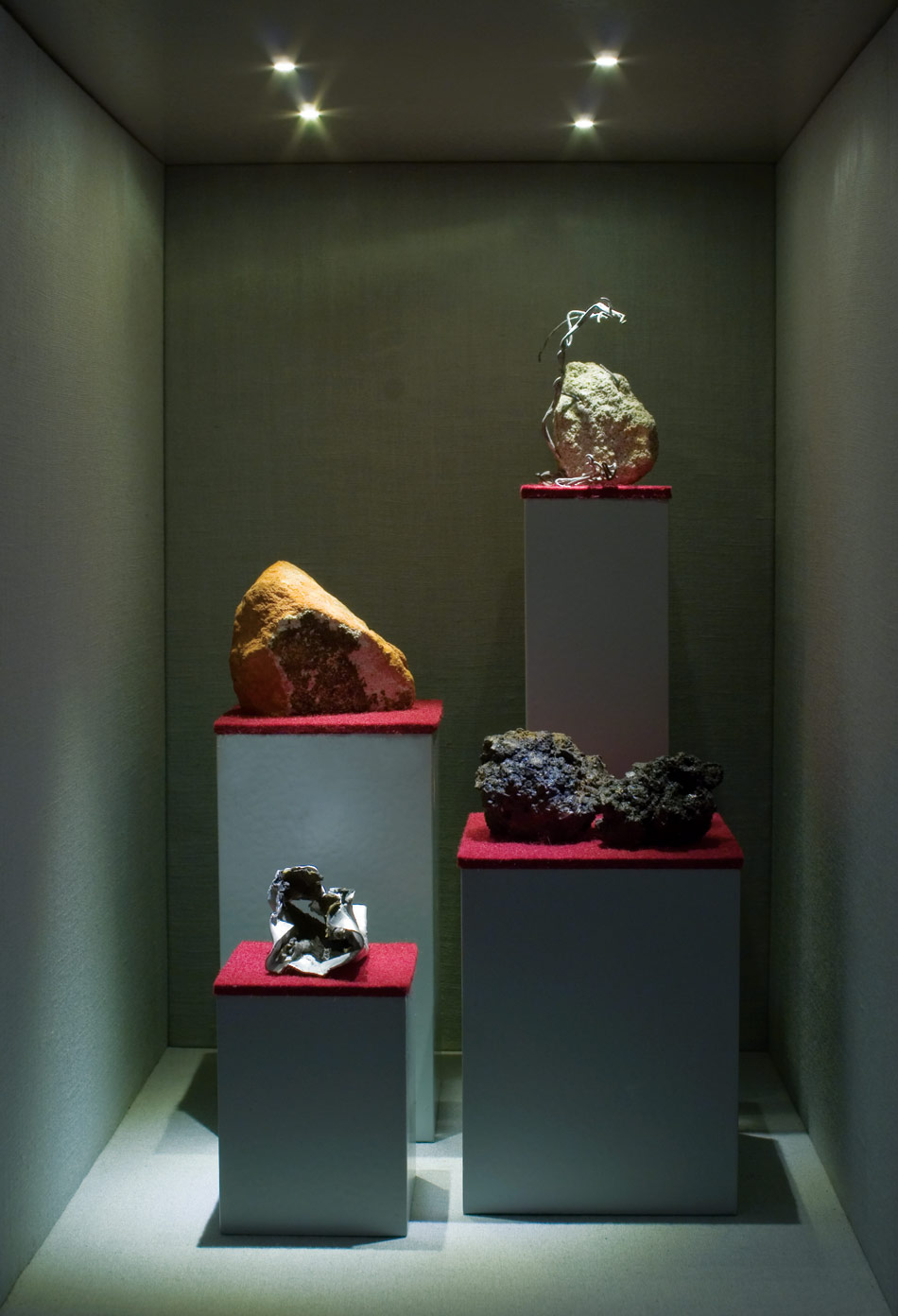 Civilized people experienced difficulties in grasping the beauty of creation. Subsequently this predicament involved the identification of female sexuality with the concept of sin, thus confusing the basis of joy with the root of evil. 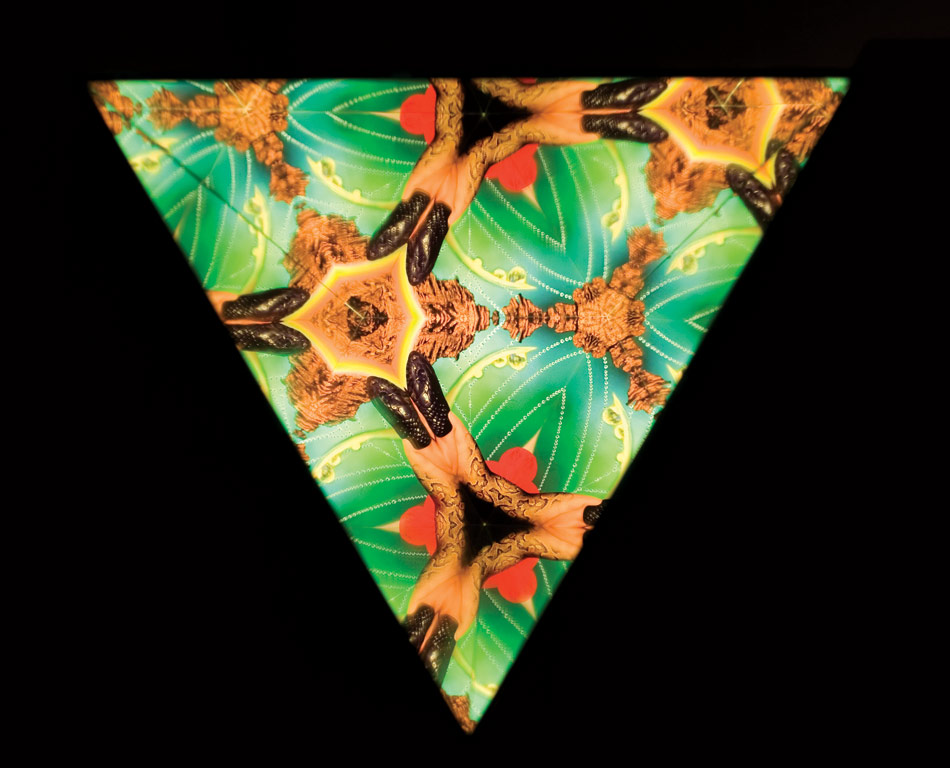 Throughout centuries of colonialism, the site of Babylon functioned as a favorite terrain for the execution of war and archaeology. 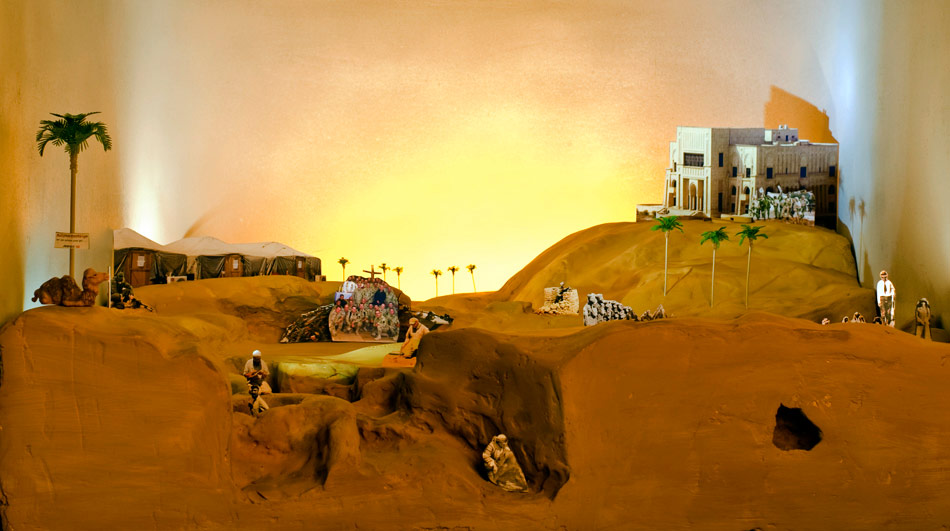 As a culmination of the cultural and political movement known as ‘globalisation’, The Union of Babylonia was the final attempt to create an empire beyond nations and beliefs. 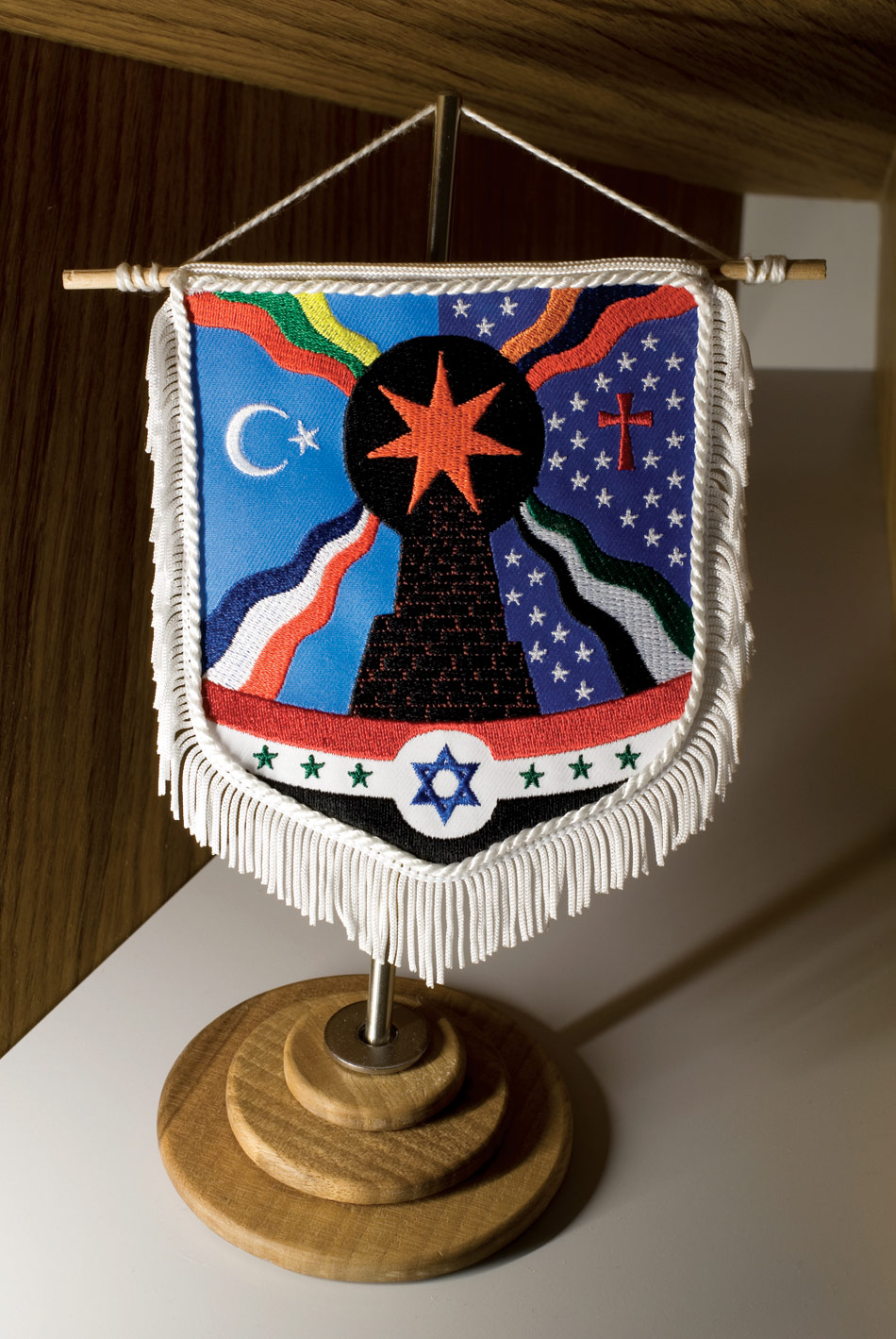 Through a sexual ritual, conducted by leading figures of the influential spiritual organisations of the time, a ‘Babalon Child’ was manifested to embody the original forces of Babylon and thus collapse the poles of light and darkness. 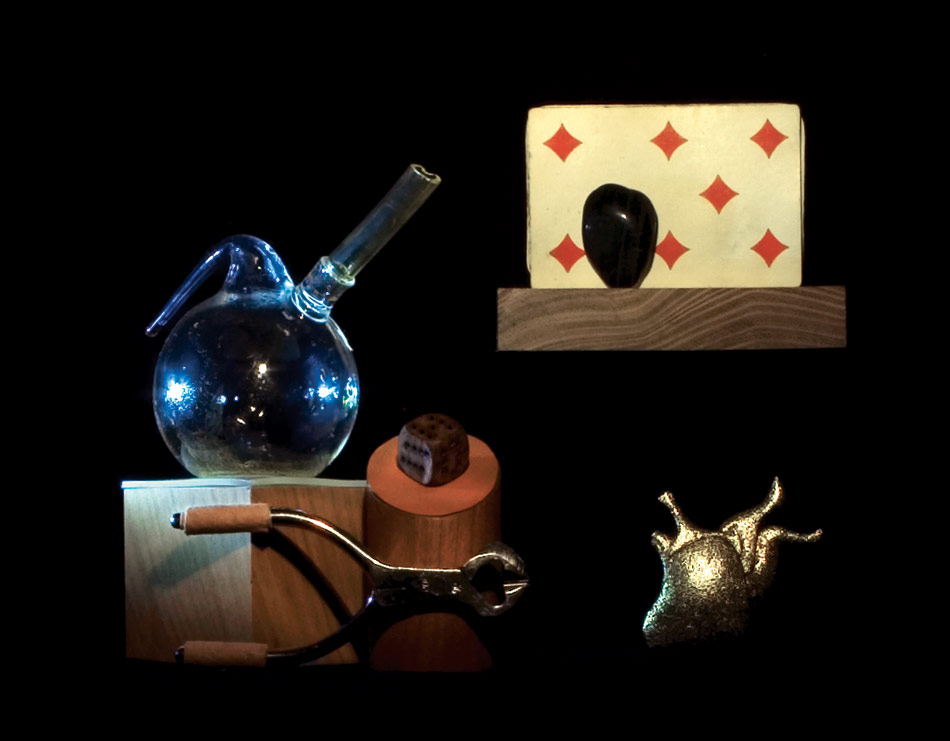 The creation of a cerebral transmitter enabled the post-lingual state, a condition surpassing translation, meaning and difference. 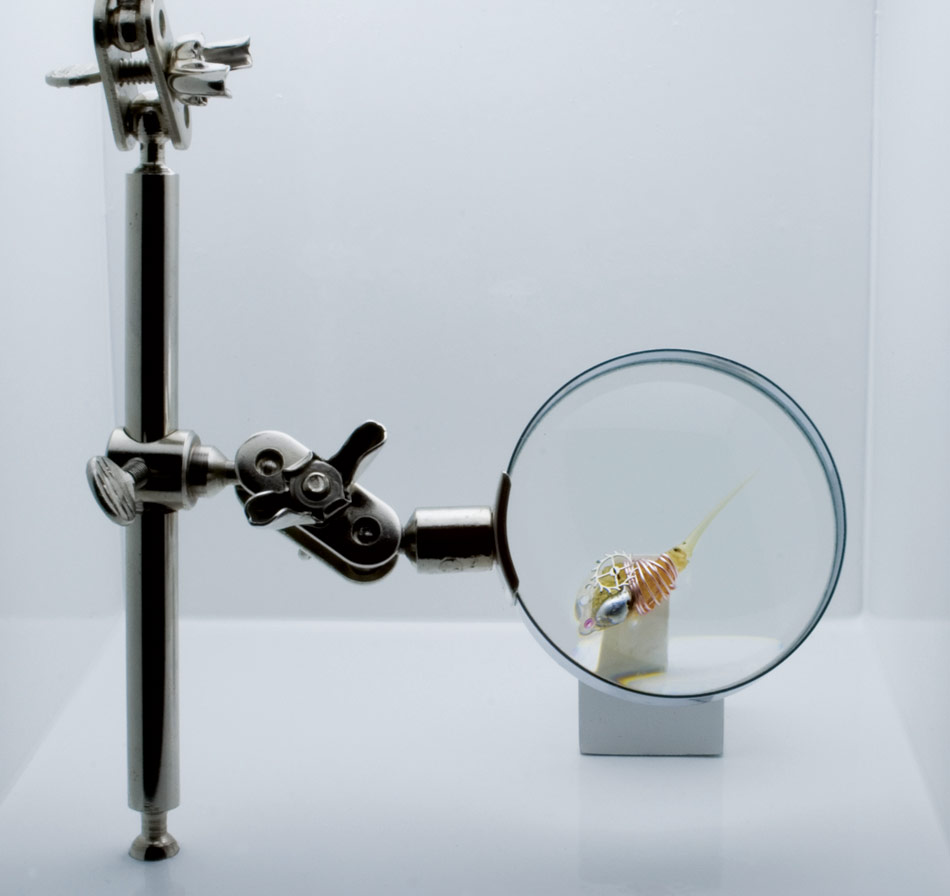 9. The Beginning of a New Age?

The demise of the Babylonian Era is marked by the decay of what is believed to have been the Babylonians’ revered Universal Museum of Human Civilization.